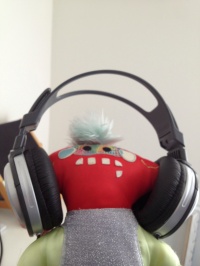 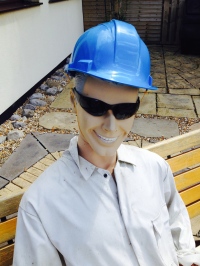 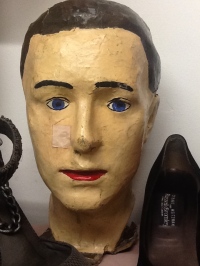 I really, really, really love the Rebel Robot MCs. Or Dalton Akimbo, Burlington Turner and Pascoe Wellesley as they are known to their friends, family and uber-fans like me.

I love their raps and their rhymes. I adore their beats and their breaks. I truly believe that they can already take their place alongside real legends like Reddy Freddie and the Go Getters, L’il Little, DJ Soporific, the Rhyme and Reason Riddim Wranglers, and not forgetting Kaptin Kreu-Ton.

The Rebel Robot MCs hit the big time with their rebooted cover version of the old Amy and the Aminals (sic) soul stomper Party Line. Released on the very obscure White Crown record label in 1966, there were only 50 copies of the original single printed and a pristine copy is now worth enough to purchase a small house in the poshest part of Panic Town.

The video that accompanies the Rebel Robot MC’s version really takes off just at the part where Nuclear Boy and R-Man rap the chorus with six dolls dressed as alligators while DJ Slo-Mo uses a wonky bicycle wheel as her turntable.