For avid fans everywhere here is another thrilling installment from Falcon Boy and Bewilder Bird versus Dr Don’t Know in a Battle for all the Life of all the Planets – you know, the book you have yet to read but really want to and one day you just might get around to getting around to it. That book; the one with the link always embedded into the title.

Anyhow, plans are currently afoot for a spin-off series to be developed concerning the various adventures of Pearly Stockwell and the Interesting Twins. I am currently in talks and cannot say anymore as there isn’t anymore to say. Had I more to say then I am sure that I would say it. But as I haven’t then I can’t so I won’t.

Once I know more then I am pretty sure that you will too. Until then, sit back and enjoy Pearly Loses the Plot, Or Does She? 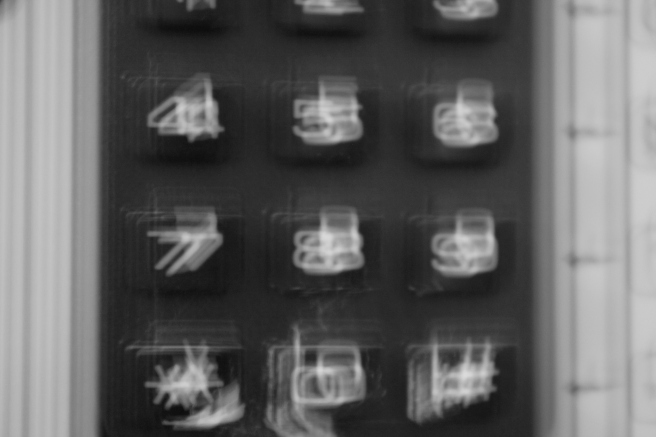 A misguided investigation initiated by Pearly and the Interesting Twins leads to ninety-three employees of the First Fallstown Beneficial & Mutual Bank being mistakenly convicted of embezzling pension funds and imprisoned in the Fallstown Correctional Facility. It takes a lengthy legal campaign to get the convictions overturned and as a result of these hearings, Pearly is banned from ever investigating again.

‘You need to go back to school like every other child your age,’ says the presiding magistrate, the Right Honourable Judge Lambert Johnstone-Drury. ‘Your investigating days are well and truly over.’

And seemingly they are. The Interesting Twins are separated and sent to three different foster homes. Pearly Stockwell becomes the latest and most unwilling boarder at the Fallstown Academy for Troublesome Children.

Everything they had worked so hard to achieve now appears to be over, but as luck would have it or, indeed, as is essential for any story to resolve the issues that it contains, or just so the writers can add excitement to an episode that is seemingly going nowhere, it just so happens that Fallstown suddenly becomes the focus of a visitation from outer space.

Pearly always had her suspicions about Professor Oswald Pipkin and his Space Observation Station, a project funded in perpetuity by the now-defunct University of Fallstown.

‘How do we know that he isn’t spending his days signalling to aliens from outer space and inviting them to colonise our planet?’ she says to the Interesting Twins. ‘I’m not really sure that all those years of scientific study are good for anyone. Besides,’ she continues, ‘there is something about all of those satellite dishes and telescopes that I just don’t like.’

But the banking scandal intervened before she was able to act upon her suspicions and Professor Pipkin was able to go about his business unimpeded. For contacting an alien race and inviting them to take over the world is exactly what the deranged professor was planning, and with Pearly and her meddling friends out of the way, he was close to achieving his dream.

One night, Pearly is woken in her dormitory by the brightest of bright lights filling the sky.

‘Bright lights at night aren’t right,’ she says to herself. ‘I had better look into this.’ And so she does. It was a simple task to rendezvous with the Interesting Twins, who all had similar thoughts about the bright lights and knew they should all be looking into what was happening.

The next morning, Fallstown has fallen captive to a race of extremely cruel, invisible and nameless aliens intent on using Fallstown as the site for something indescribably incomprehensible. Pearly and her detective friends watch from their secret hiding-place as the entire population of Fallstown is herded into the main square by Professor Pipkin.

‘I knew it,’ says Pearly. ‘I just knew that Professor Pipkin had been warped and corrupted by all those years of reading.’

‘Yeah,’ says Wes menacingly. ‘Just you wait until I box his silly scientist’s ears. He won’t know what’s hit him when I whack him three ways backwards.’ Wes punches his fist into his palm.

Once the plot had been revealed, it was a relatively simple task for the writers to allow Pearly to discover that the aliens were, in fact, being controlled by a special transmitter designed by the wicked professor.

‘So this is what the real embezzlement of public funds looks like,’ she says to herself when Wanderley, who had disguised himself as a bicycle courier with an important message for the professor that could only be delivered by hand, shows her the photographs he was able to take of the professor’s Alien Contact and Control Transmitter. ‘That needs smashing straight away,’ she says.

‘I’m on it,’ says Wes, and he was. Wanderley disguises himself as a visiting professor ‘who had heard about Professor Pipkin’s genius and wanted to see for himself what all the fuss was about.’ As ‘Professor’ Wanderley flatters the vain Professor Pipkin, Wes sneaks into the Control Room and takes a sledgehammer to the transmitter.

With the transmitter broken beyond repair, the cruel, invisible, and nameless aliens simply vanish, and it is an easy thing for Windy to race to notify the authorities of Professor’s Pipkin’s wrongdoings. The naughty professor is led away by the police to spend the rest of his days behind bars.

‘There won’t be any books or clever talk where he is going,’ says Pearly to her friends. The following day Pearly Stockwell and the Invisible Twins receive an official apology, and Professor Pipkin’s Space Observation Station is demolished and replaced by light industrial units.

This particular adventure tends to buck the more prosaic trends of all of the other Pearly Stockwell adventures, by ending with a flashback to an event that took place before the adventure began.

‘I’m very old now,’ lamented Professor Pipkin, ‘and my head can no longer cope with all this scientific stuff.’ He looked down at the robotic version of himself laying dormant on his operating table.

‘This way,’ thought the warped Professor to himself, ‘I will never get old again, and will be able to read books and do research forever.’

Unfortunately, there was a fault in the central processing unit and the ‘new’ Professor Pipkin considered the human race so inferior that he sold the entire planet to the highest bidder on an intergalactic auction website.