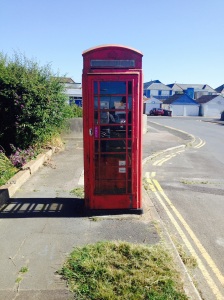 For most people in Panic Town, the concept of twenty-four hour news meant exactly what it said. They imagined that presenters like Juniper had to present the news for twenty-four hours at a time.

As a result, these same people were permanently perplexed when they bumped into Juniper while they were walking down the street. Or shopping at a supermarket she had been invited to open. Entered a talent contest she was judging. Or looking in through the front window of her ground floor apartment as they just happened to be walking past.

‘Why aren’t you reporting the news?’ people asked when they saw her.

‘Shouldn’t you be on the television instead of standing in this queue?’ people would say as Juniper patiently queued to pay her television license at the Panic Town National Bank.

‘Who’s going to give me the latest celebrity gossip while you’re busy treating yourself to a week’s groceries?’ inquired the cashier in Food and Things, Panic Town’s most successful supermarket superstore.