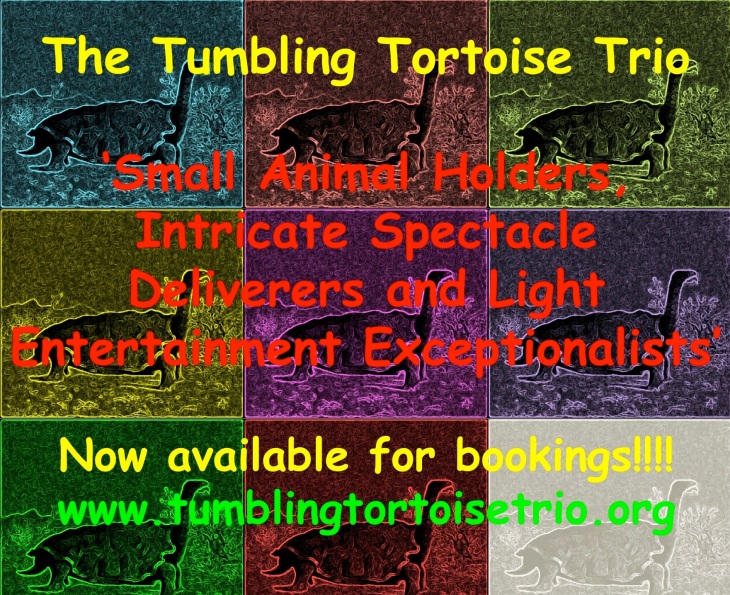 If you want something more upbeat, then Little Bernie Tiger could well be your boy. Little Bernie is the name that has been on everyone’s lips since he won Is It Really Talent Time Again? recently.

In the early episodes the viewing public were encouraged to laugh at unfortunate people who were induced, hoodwinked, tricked and bamboozled into revealing their natural lack of talent on a ‘talent’ show.

Eventually, this tawdry process begat six finalists and from then on the competition unfolded, with an act leaving each week until only two acts remained. And this is where the problems began.

It was during the live final that after weeks of manipulation, the viewing public finally snapped and refused to vote for their ‘favourite’ act.

The winner of this year’s Is It Really Talent Time Again? was decided by the toss of a rather large novelty coin and following three fumbles, two miscalls and a power cut, Little Bernie Tiger pipped The Tumbling Tortoise Trio to the award.

Derk and Joddy Pepper are the brains behind The Tumbling Tortoise Trio, an act which sees Derk repeatedly tumbling three large tortoises down a children’s garden slide to land in a gold-painted bucket while Joddy wears a glittery dress, points at the bucket and looks on admiringly.

If you log onto The Tumbling Tortoise Trio Official Homepage™ www.tumblingtortoisetrio.org, you will see that the husband and wife team describe themselves as ‘Small Animal Holders, Intricate Spectacle Deliverers and Light Entertainment Exceptionalists’.