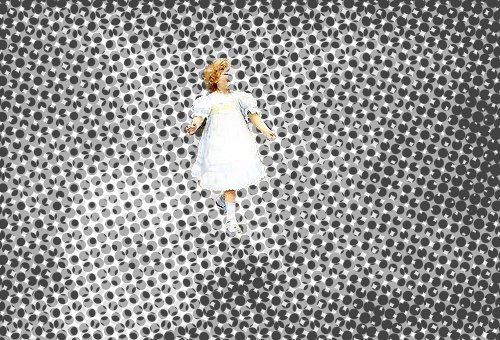 Once the plot had been revealed, it was a relatively simple task for the writers to allow Pearly to discover that the aliens were, in fact, being controlled by a special transmitter designed by the wicked professor.

‘So this is what the real embezzlement of public funds looks like,’ she says to herself when Wanderley, who had disguised himself as a bicycle courier with an important message for the professor that could only be delivered by hand, shows her the photographs he was able to take of the professor’s Alien Contact and Control Transmitter. ‘That needs smashing straight away,’ she says.

‘I’m on it,’ says Wes, and he was. Wanderley disguises himself as a visiting professor ‘who had heard about Professor Pipkin’s genius and wanted to see for himself what all the fuss was about.’ As ‘Professor’ Wanderley flatters the vain Professor Pipkin, Wes sneaks into the Control Room and takes a sledgehammer to the transmitter.

With the transmitter broken beyond repair, the cruel, invisible, and nameless aliens simply vanish, and it is an easy thing for Windy to race to notify the authorities of Professor’s Pipkin’s wrongdoings. The naughty professor is led away by the police to spend the rest of his days behind bars.

‘There won’t be any books or clever talk where he is going,’ says Pearly to her friends. The following day Pearly Stockwell and the Invisible Twins receive an official apology, and Professor Pipkin’s Space Observation Station is demolished and replaced by light industrial units.

This particular adventure tends to buck the more prosaic trends of all of the other Pearly Stockwell adventures, by ending with a flashback to an event that took place before the adventure began.

‘I’m very old now,’ lamented Professor Pipkin, ‘and my head can no longer cope with all this scientific stuff.’ He looked down at the robotic version of himself laying dormant on his operating table.

‘This way,’ thought the warped Professor to himself, ‘I will never get old again, and will be able to read books and do research forever.’

Unfortunately, there was a fault in the central processing unit and the ‘new’ Professor Pipkin considered the human race so inferior that he sold the entire planet to the highest bidder on an intergalactic auction website.